The former president of Colombia, Álvaro Uribe, lamented that a dissident group of the Farc led by Iván Márquez and Seuxis Pausias Hernández Solarte, alias Jesús Santrich, announced the creation of a new armed guerrilla.

Uribe, who has openly criticized the peace agreements between the FARC and the Government of Juan Manuel Santos in 2015, reacted to the announcements of the new guerrilla by writing on his social network Twitter: «Here there was no peace but the pardon for some responsible for crimes heinous at a high institutional cost ».

During a public ceremony on Thursday, Uribe said that “the Government of Santos gave the FARC enormous privileges and President Duque had no chance of extraditing Santrich because he was protected by the Santos Government (…) They should be captured wherever they are and made a great reform of those norms that favor the Farc (…) Firm hand against those bandits! ». 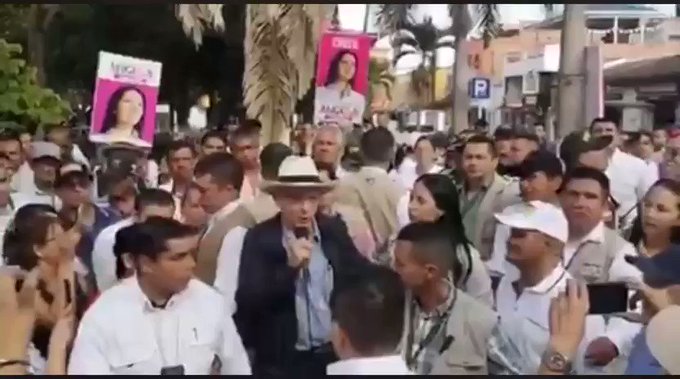 Even when? A teenager in nephrology died from J. M. de...

Guaidó: our sister Colombia every day is more committed to Venezuela